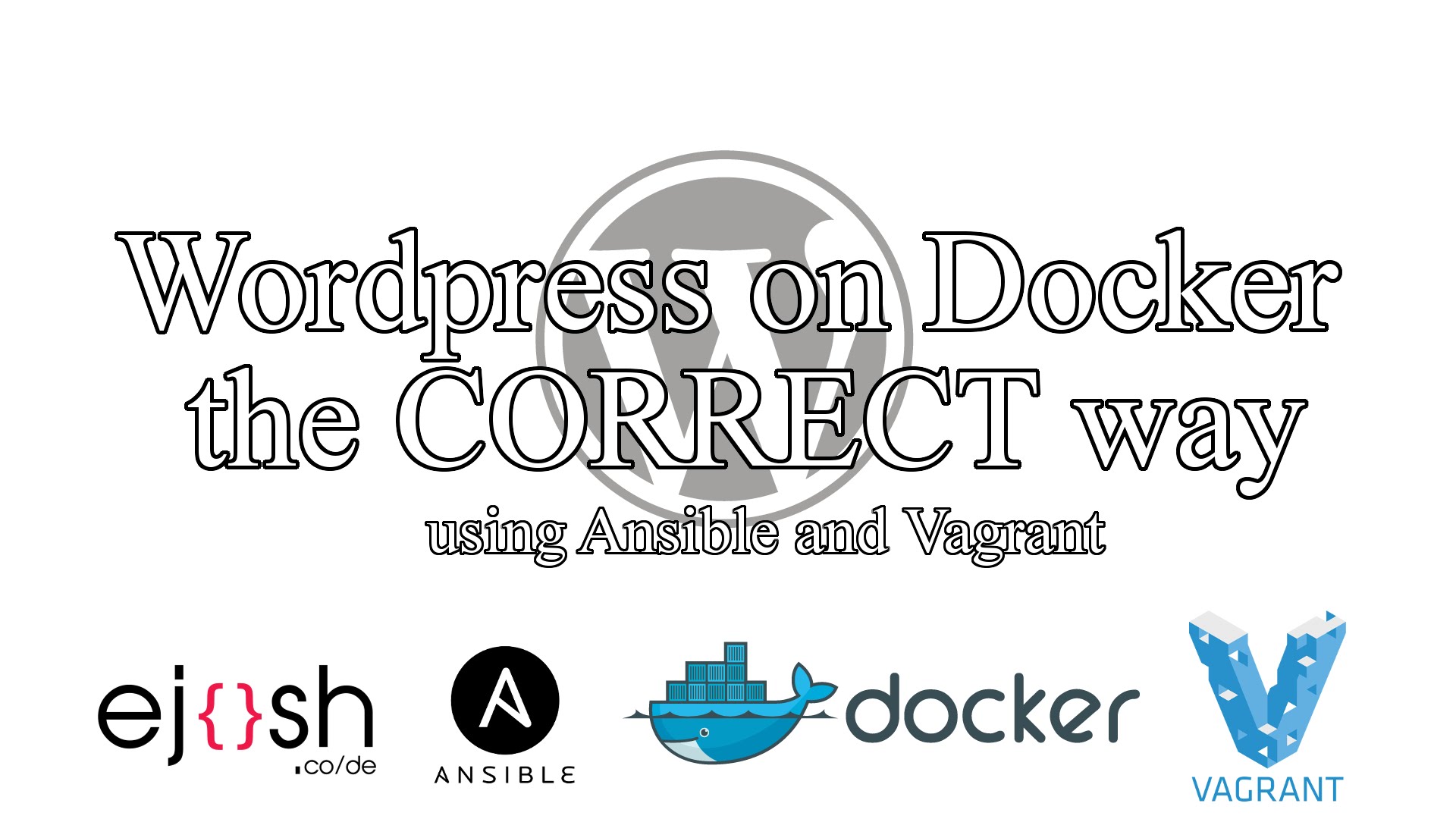 In addition to this you will learn about server provisioning with Ansible. Ansible allows you to take a server in any state and move it to the state you want. This means it makes sure you have the users, packages, and files on the server. Ansible lays the groundwork that you build Docker on. END_OF_DOCUMENT_TOKEN_TO_BE_REPLACED

First we will start with an image that will explain so much with so little.

Yes, there are six different containers. This is so that we can keep each container with a single purpose and even a single process in most cases. We can easily replace and upgrade each container this way. I have blogged on this previously and will not iterate everything here. We will look at each container and any interesting things about each. Let’s get started. END_OF_DOCUMENT_TOKEN_TO_BE_REPLACED

This is the third post in a series about moving my WordPress blog into the cloud using Docker.

Bringing up Docker containers with docker-compose

Docker-compose is a tool from Docker that allows us to define how each container will fit in our application. It makes for a single command to get everything up and running. Docker-compose should already be installed on our target machine by Ansible. First thing we will do is look at our docker-compose.yml which configures everything. END_OF_DOCUMENT_TOKEN_TO_BE_REPLACED

We now have a good foundation to build our WordPress site off of. Docker is installed and ready. We will quickly cover why Docker, some best practices, and finally the actual how of our Docker containers. Much like the previous post, this is not designed to be an introduction to Docker. There are literally thousands of intro to Docker articles and by the time I publish this that number will have doubled. Sign up to any tech newsletter and you will easily see five “Intro to Docker” articles every week. If you want an introduction, go to the official Docker site and you there is an interactive tutorial.

I would also like to point out that if you have followed along or forked my Github repo, you will have a Vagrant machine that has Docker on it by running:

You can then run vagrant ssh and have a completely disposable Docker virtual machine.

The most honest answer I can give to this is that I needed to upgrade my Linux server. I was running Ubuntu 12.04 which is three years old and one LTS release behind. The server was working and I did not want to setup a new one. I had been using Ansible, so I knew I was going to use that. In fact in the beginning I was just going to create an Ansible playbook to install my WordPress stack. I, of course, had heard about Docker and wanted to build something with it. After reading about Docker I decided it would be the most extensible option.

We will discover why in this post. Docker allows us to easily rethink and rebuild our stack from the ground up. Want Apache instead of nginx? Swap it. New version of nginx? Swap it. MariaDB instead of MySQL? You get the idea. This would be very difficult to do without provisioning a brand new server. We also will have a test site that we can run locally that is almost *literally* the exact same as production.

The CORRECT way to use Docker

There are some strong opinions on how a Docker container should be built. I am in the “As few processes as needed, ideally one process” camp. Doing this comes with difficulties and I will list out the issues and what we can do about the issues. END_OF_DOCUMENT_TOKEN_TO_BE_REPLACED